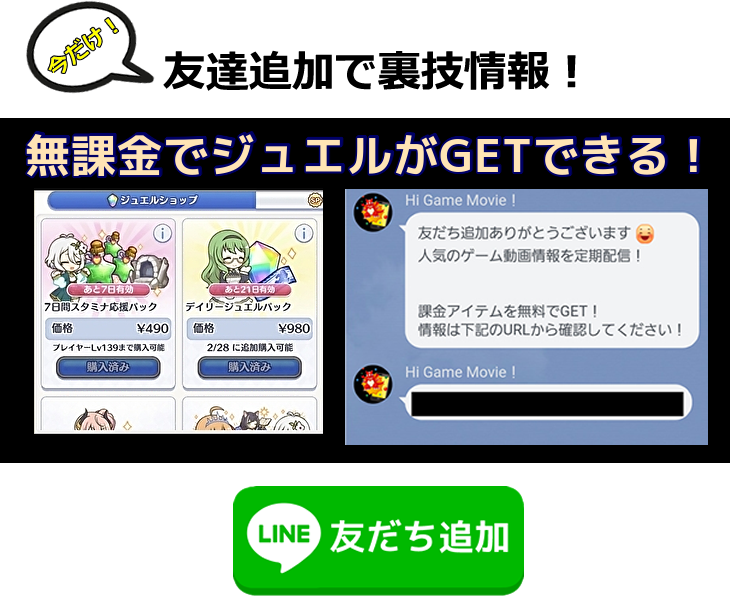 For this video, I will talk about what Dungeons are, what to do and how to farm efficiently in there. Additionally, I feel like it is necessary to talk about the Guild House and the Bond Ranks for the characters since some people barely care about it.

Text Version:
Dungeons
——————-
Dungeons are composed of few enemies and 1 dungeon boss at the end. You can only enter this place once a day so consider it a place for your dailies. You should always do the highest difficulty that is available for you. Just like the advice on my other video, you better keep clearing main story stages to unlock more content like higher difficulty of dungeons. This is so the rewards will increase because it gets better later on.

Next up is if you want to fight the boss, you should max out your character’s TP before the fight. This is because HP and TP are recorded throughout your entire fights inside the dungeon so you can technically have some stock TP before you fight.

Killing the boss grants you a stamina pedestal, something I will talk about later on in the guild houses. It’s very important to have since it generates Stamina for you.

The other thing is, you don’t have to kill the boss. If the boss is too strong for you, you should just kill the enemies in there for dungeon coins and exit the dungeon when you reach the boss. This way, you’re able to farm coins despite the “high” difficulty of the dungeon you are in.

If you are into killing the bosses, do take note bosses starting from Extreme I start to have their own 1HKO attacks that trigger when the timer runs out or when it’s about to like around 0:20 for Extreme II (Deadly Poison, not 1HKO). As an example has been shown in the video for Extreme III’s 1HKO.

By the way, if you killed the boss already, its drops aren’t worth it anymore if you have excess amount of coins or if you want to save time. But maybe it’s worth it if there is a rate up though! Especially mana rate ups.

Guild House
————————
For the guild house, there is a thing called Pedestal where it generates resources for you. Namely Stamina, Skip Tickets, EXP Potions and Mana. You can level these pedestals up using Rupies which are easily gained from playing normally. To level these up further, you need to increase your Player level higher. Dungeons reward you Stamina Pedestals as I mentioned before and I suggest you IMMEDIATELY place them as soon as you get them because they don’t generate any Stamina if they are just placed in your inventory. These Dungeon Stamina Pedestals can’t be upgraded and gives a fixed amount of stamina but they are a lot and it adds up.

Guild House also offers you furniture for you to design it and have fun with it. These are all easily accessible since they only cost rupies and even have seasonal variations. All of them come with unique animations for the characters you have in the guild house so make sure to check them out.

Bond Ranks
———————–
For Bond Ranks, they are important as well in raising your character because they unlock that specific character’s story. Reading their story gives you jewels and increases their stat by a certain amount. The stat increase is SHARED throughout all the character’s variation. By variation, I am talking about their other versions such as Pecorine and New Year Pecorine. Their stat bonuses from the Bond Ranks are shared with one another since it’s all Pecorine. Seasonals and Limited tend to have only 4 episodes compared to normal units who have 4 if they are 1* and 2*. 8 if they are 3* and 12 if they are 6*. The higher the episode you watch, the higher the stat it gives, like those 6* characters.